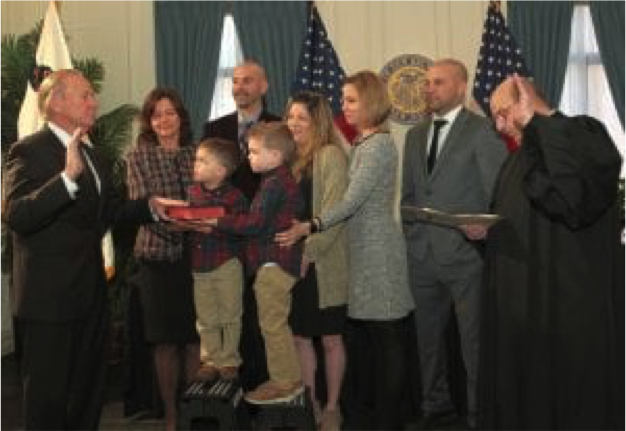 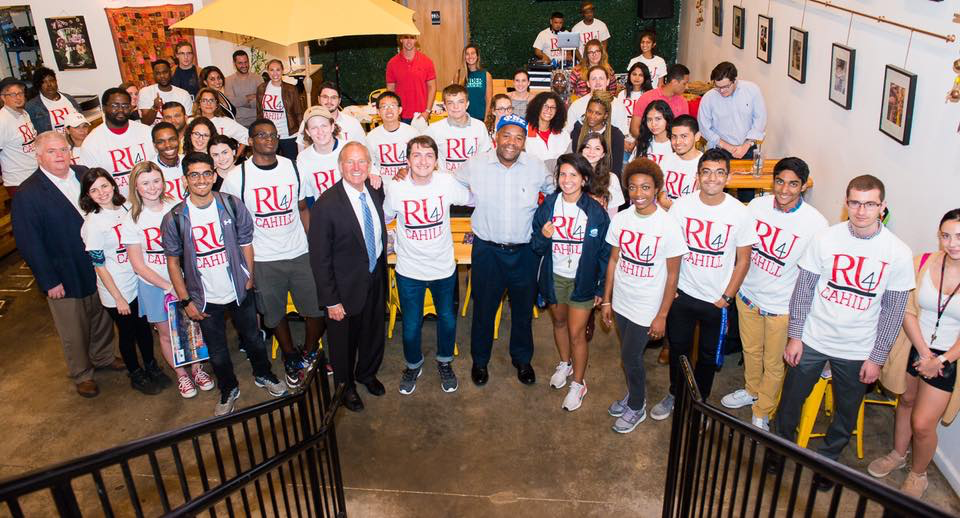 For the Rutgers Student Democrats one question is being heard loud and clear, R U 4 Cahill?

At the Hidden Grounds Coffee House at 4C Easton Ave on Tuesday night a campaign awareness event was held to lend support to the reelection efforts of Mayor James Cahill.

With music playing and the guest enjoying coffee books of changes, both past and future, were distributed to highlight just how much the city has changed.

“When you look at New Brunswick in 1991, when Mayor Cahill was elected, and you look now you can see he is the epitome of change,” said Michael Zhadanovsky, the VP of College Democrats of NJ.

Zhadanovsky attributed the dramatic landscape change, from the Yard to the development of the Hub, as proof of Mayor Cahills success.

“Mayor Cahill, his council team, and his administration just secured a $100,000 grant from Governor Murphy’s innovation program that’s going straight to the hub,” he said.

New Brunswick is a great place to live for students and graduates thanks to the opportunities that have arisen due to the Mayor, Zhadanovsky said.

Mayor Cahill joked that he hasn’t been around for the whole time, but the City and the University have grown together.

“We saw there was a need to make the City collaborate with the University and vice versa,” he said.

The Mayor then went on to highlight some of the major changes that have resulted from the cooperation between the two entities, ranging from the new book store, the Gateway Center, The Yard, and the academic building on seminary place.

Tilak Bhatnagar, an Honors College student and Edison Young Democrats President, was impressed and thankful for the work the city put into helping that develop.

“As an Honors College student, the Honors College is a great example of the development work for Rutgers that Mayor Cahill has been involved with,” Bhatnagar said. “Mayor Cahill’s history of collaborating with Rutgers on a variety of initiatives speaks for itself.”

“What really stuck out to me was all the changes he has over seen that I took for granted because I was here afterwards,” Beson said. “I was never here when The Yard was a parking lot and the academic buildings were seminary buildings.”

First year student Ameena Qobrtay said that meeting the mayor and hearing what he did was a huge benefit to her from attending the event.

“He did a really good job of explaining what he did for the school, which is what I was interested in,” Qobrtay said.

On Thursday, Booker threatened to air confidential documents regarding Kavanaugh’s position on racial profiling and information during his time working as a White House official for former President George W. Bush’s administration, according to an article from NJ Advance Media.

Booker moved to have the documents disclosed and they since have been. Whether the information was available prior to Booker’s demonstration on Thursday, where he claimed to have defied Senate rules by threatening to release the documents, has been a point of contention on both ends, according to the article.

He was threatened with penalties, that he says have since been revived by other Senate members late last week, and acknowledged his actions should have resulted in his expulsion, according to an article from TapInto.

“Right now, here we stand on Monday morning, and I have now released hundreds of pages of committee confidential documents against their rules, because they’re sham rules,” Booker told reporters from NJ Advance Media at yesterday’s event.

Menendez and Pallone echoed Booker’s feelings and said Kavanaugh’s appointment to the Supreme Court could impact immigration, health care, civil rights, racial profiling and abortion in America, according to the article.

Prior to the event, Booker attended an ice cream social at Thomas Sweet Ice Cream on Easton Avenue in New Brunswick in support of Mayor James Cahill’s (D) campaign. It is Cahill’s latest in a series of initiatives to connect with the Rutgers student body leading into November’s mayoral election.

Christian Zapata is a School of Arts and Sciences senior majoring in journalism and media studies and minoring in philosophy. He is a News Editor @ The Daily Targum. For more updates, follow him @c_zapata161 on Twitter. 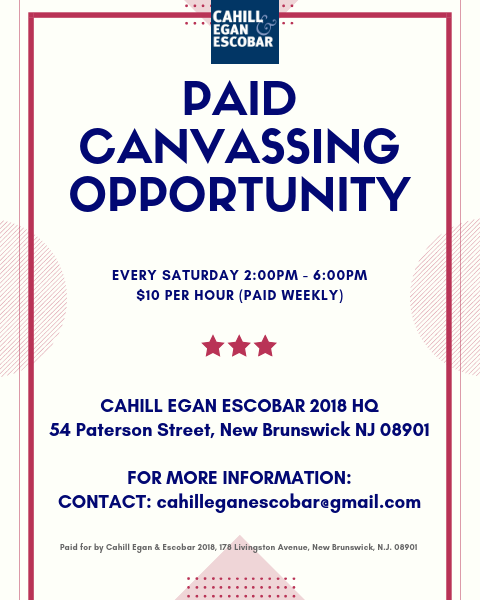 Work to help re-elect local Democrats every Saturday from 2 to 6 pm at $10/hr as a paid canvasser in New Brunswick NJ. Includes traveling door-to-door handing out campaign literature and meeting voters.